Consistency at the Academy netted Jerry a catch

Member Jerry Clancy checks in at the front desk and chats with the member behind the desk, making small talk and joking about his eventful ride in. He heads to the dining room where the staff are just beginning the day. He likes to get to the Academy early. He intermittently drinks a cup of coffee, jumping up to help out whenever he is asked. Later in the morning, when it’s time for the culinary team meeting, he signs up to help make the salad and the entrée, and he also willingly raises his hand to commit to some of the less popular tasks- cleaning the bathrooms, mopping, taking out the garbage.

He’s a laid-back quiet guy but he’s also an effective team-player. A strong and consistent member of the Academy and specifically the Culinary Arts team, he puts his shoulder into his work. He gladly mentors newer members, and he is as no-drama as they come. This is not to say that he hasn’t had his share of challenges; he has. But he doesn’t bring it into the team. He may communicate to staff if he needs help or perspective, but he takes care of his business. He was an easy choice for our newest Transitional Employment site at Tripletail Seafood & Spirits.

Soft skills such as communication, stamina for accepting feedback, punctuality, commitment, and consistency are some of the things that we look for when deciding who is offered a Transitional Employment. We don’t consider how much experience members might have in the field. It’s far more about where they are in their recovery and to what degree the job will move them forward. Jerry was an easy choice for our newest Transitional Employment site at Tripletail Seafood & Spirits.

Because he will be the first Academy member to work at Tripletail, he will set the tone for the program. His success will be measured by his willingness and his attitude (those soft skills!) far more than his ability to slice a tomato. We chose him because he has put in the work to embody those traits, with humility and a touch of wry humor. For his part, he said “I’m honored to be the first member chosen for the food prep position at Tripletail. The Academy totally prepared me for this. I do prep work at the Academy every day, and that’s exactly what I’ll be doing at Tripletail. I’m ready for this.” 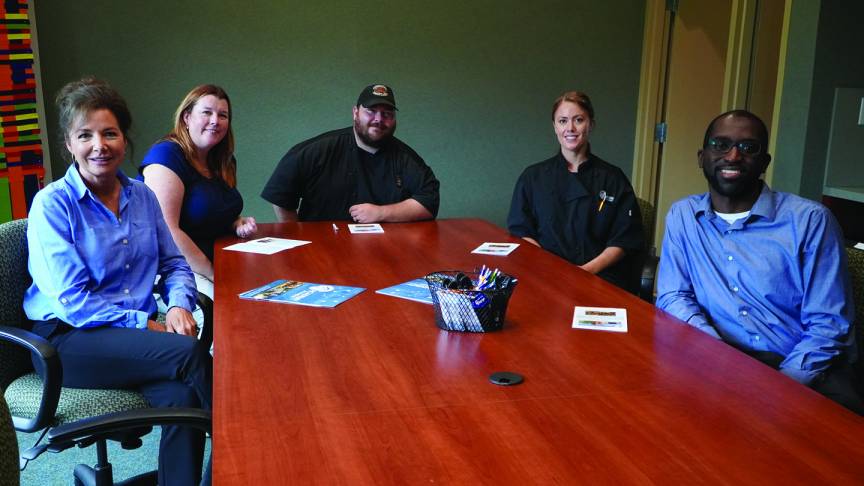 The “Train” has left the station