A war hero and survivor, US Army veteran Mr. Palmeri shared his first-hand account of serving near Dachau, Germany during Hitler’s reign, reminding us of the true meaning of Memorial Day.

Charles Palmeri was only a teenager when he enlisted in World War II. As a member of the 42nd Infantry, Rainbow Division, he was among the thousands of “replacements” sent in near the end of the war, to replenish the devastated troops near the Nazi concentration camp, Dachau.  In commemoration of Memorial Day, Mr. Palmeri visited the Academy and told his chilling story.

The room was in rapt attention. While it was not an easy story to hear, it is a crucial one to know. He spoke of his experience on his first day of combat, sharing a foxhole with his friend and comrade when they were attacked and his friend lost his life.  He recounted surveying Dachau and weeping as he took in the unimaginable. His voice softened as he spoke of how his faith allowed him to get through such atrocities. No one prepared him for such grief. That was not a part of his training.

Spanish philosopher George Santayana famously said, “Those who cannot remember the past are condemned to repeat it.” We are indebted to Mr. Palmeri, not only for his courage to serve, but also for his lifelong effort to educate.  We salute him for his service, and feel privileged to have met him. He is a national treasure, and a true hero.

Mr. Palmeri, seated at center, with the members and staff of the Academy 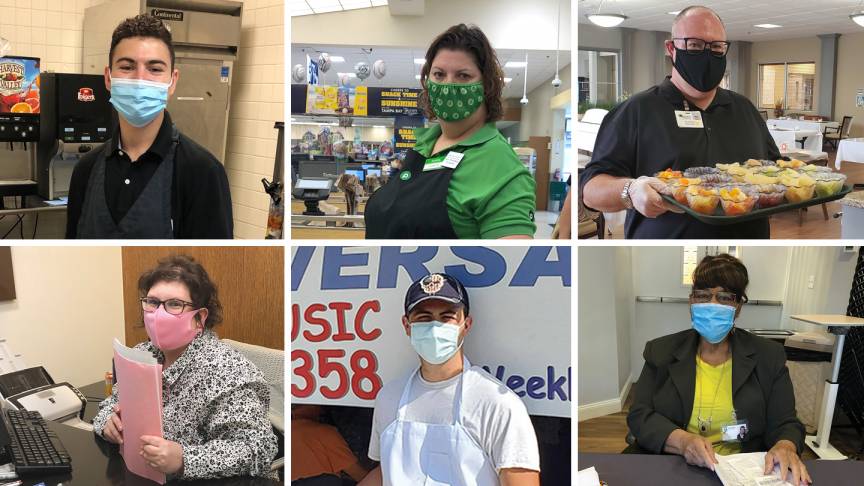